News
The latest news from HCCI

HCCI's research on consumer-directed health plans was recently used to support the second in a series of articles by the Los Angeles Times on high-deductible health plans.

"New research conducted in partnership with The Times for this project also shows that sick Americans use less healthcare when their plan requires them to pay more out of pocket.

Analyzing data from about 10 million people with commercial insurance, the Health Care Cost Institute — a Washington-based think tank — found that in 2016, patients with Type 2 diabetes who were in a high-deductible plan filled fewer prescriptions and saw a physician less often than those in plans with lower cost sharing.

The institute found similar patterns among people with hypertension and Chronic Obstructive Pulmonary Disease, or COPD.

"Across the board, people in high-deductible plans are using less care," said William Johnson, the report's lead author. "When you shift costs onto patients, they respond…. It's a very powerful incentive."" 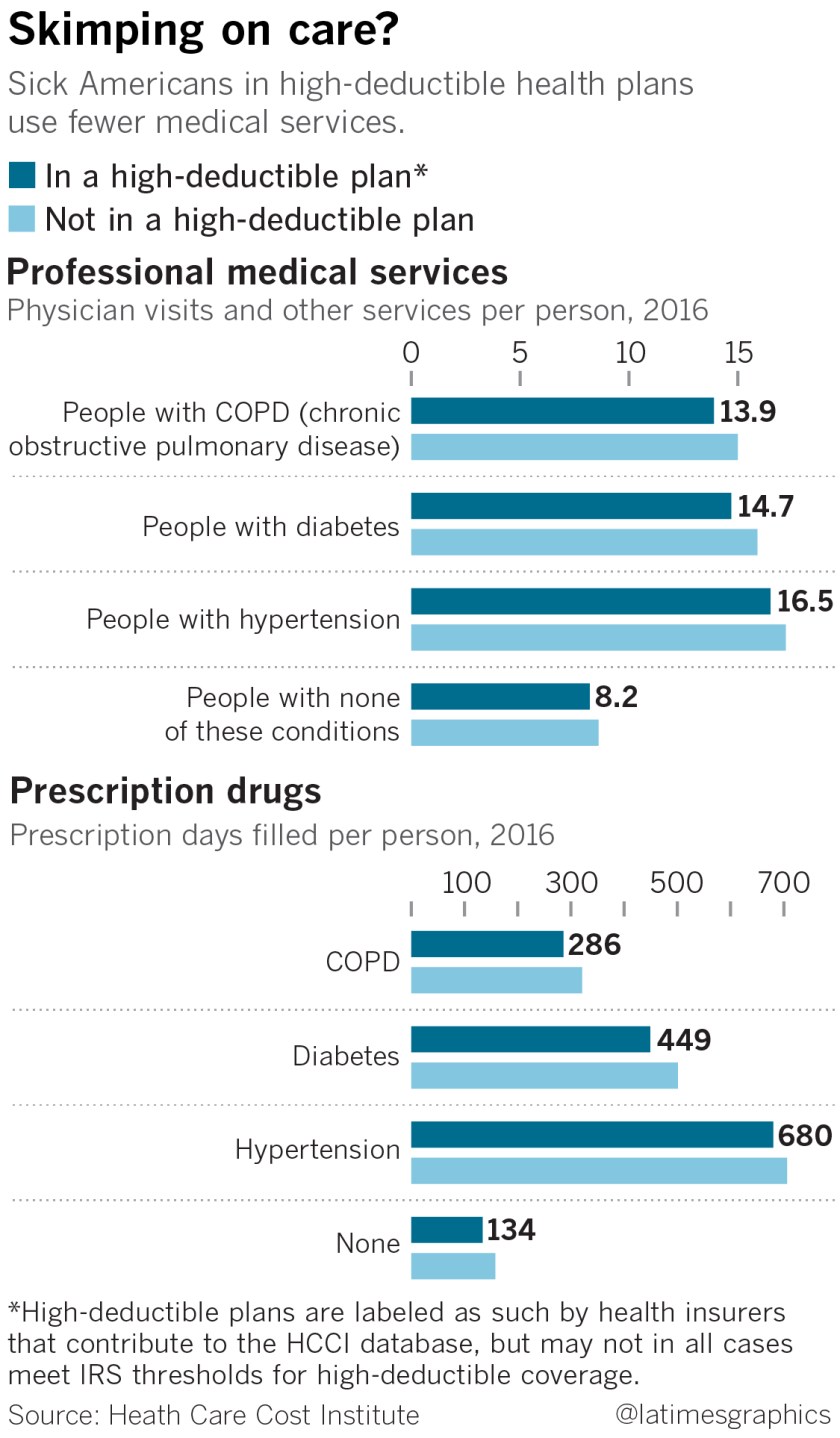