HCCI's research on rising insulin list prices was recently cited by The New York Times in its reporting on Express Scripts' new plan to offer a $25 cap for month insulin. From the article:

"Consumers whose drug benefits are managed by Express Scripts could see their out-of-pocket costs for insulin limited to $25 a month under a plan announced on Wednesday.

The move is aimed at addressing rising anger over the cost of the lifesaving product, whose list price has skyrocketed in recent years. Express Scripts said about 700,000 people filed a claim for insulin last year through its Cigna or Express Scripts plans. The average monthly savings for those whose employers opted into the plan would be about $16 a month.

Insurers and drug manufacturers have been under pressure to show that they are doing something about the rising list price of drugs, in particular insulin, which many people with diabetes need to survive.

The average price of insulin, versions of which have been around since the 1920s, roughly doubled to about $450 a month in 2016 from around $234 a month in 2012, according to the Health Care Cost Institute. And the cost has risen even higher since 2016, putting people without insurance and those with high-deductibles at risk of rationing their doses and, in some cases, going without treatment." 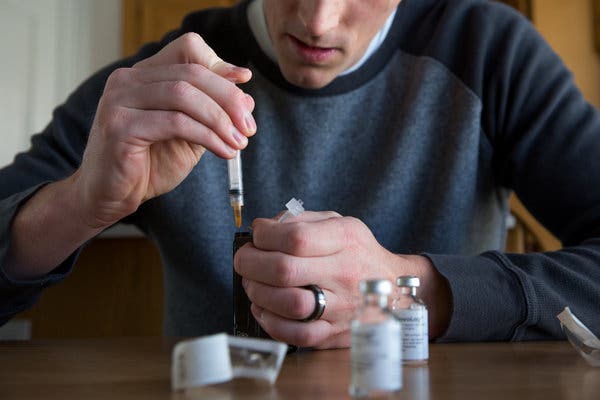 By accepting you will be accessing a service provided by a third-party external to https://healthcostinstitute.org/

Direct Link
© 2021 Health Care Cost Institute Inc. Unless explicitly noted, the content on this website is licensed under a Creative Commons Attribution Non-Commercial No Derivatives 4.0 License